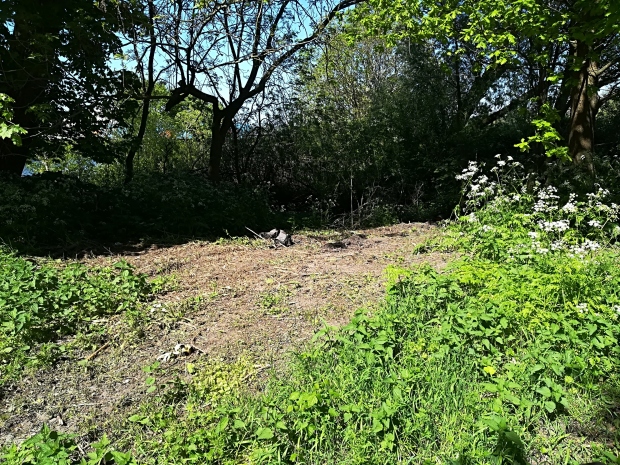 Monument for the White Cube
21 June – 30 September 2018, from sunrise till sunset

For Public Art Amsterdam P/////AKT is collaborating with Museum of…, which has operated on location in the European countryside over the past couple of years but is now manifesting itself in an urban environment for the first time.
The Zeeburgerpad, home base to P/////AKT since its foundation, is located on the border of the Eastern Docklands and the Indische Buurt, or rather, between high-end contemporary architecture and a residential area with a previously bad reputation that has become ultrahip since the end of the financial crisis. This strip is now one of the last fringe areas within central Amsterdam.
For Monument for the White Cube, Museum of… has found a location in a part of eastern Amsterdam where the gentrification hasn’t hit yet, and where there’s still space to experience things differently. Does the white cube still have a raison d’être or is it time to be digging its grave? The curious, adventurous or accidental visitor will find the peace and quiet to contemplate the city, the space for art and art itself. Monument for the White Cube is part of the eastern route and is located somewhere in the last green outskirts of Amsterdam East. To be discovered via its coordinates: 52.366647,4.955800.